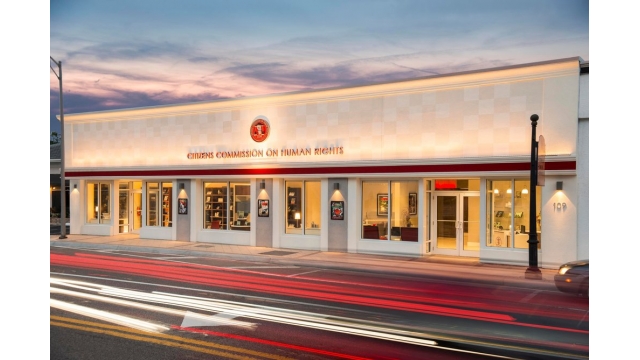 The Florida chapter of the Citizens Commission on Human Rights (CCHR) celebrated 33 years as a mental health watchdog this year. Starting out as a simple volunteer activity in 1977, CCHR is dedicated to the protection of children and families from abuses in the field of mental health. By 1989, CCHR Florida had become a formal chapter having grown from a handful of advocates into a statewide movement that has helped to create positive change while raising awareness on mental health human rights. [1]

Over the past 33 years, CCHR has created a track record of being one of the only non-profit resources that both educates and actively protects citizens against psychiatric abuses. As an example, the campaign to protect children from illegal Baker Acting– a statewide crisis that resulted in almost 36,000 involuntary examinations initiated on children during 2019-2020–reached millions of families and in 2021 Florida law was amended to require parental notification before Baker Acting a child. [2]

CCHR began the movement to restore rights and dignity to the field of mental health in 1977 by taking the issue of consent to Tallahassee to promote a bill that would eventually result in a victory for patient rights in Florida: helping to pass legislation that required informed consent before ECT (electroconvulsive therapy) could be administered to patients. Prior to CCHR’s work, those labeled as mentally ill could be given ECT without their consent. ECT administers up to 460 volts of electricity to a patient’s brain by use of electrodes– like what cattle receive in slaughterhouses–and has been documented to cause brain damage, long term memory loss and death.[3] ECT survivors have complained of the traumatic effects on their lives, and in Texas–the only state that actually reports deaths 14 days post-ECT treatment–a death rate was revealed that represents an estimated 300 deaths nationally each year from ECT.[4]

In the early formative years, CCHR also instigated a statewide campaign to educate Florida’s citizens on the dangers of the drug Ritalin which has been documented to contribute to suicide, drug addiction and even early death.[5] This free public information campaign offered several alternatives to the use of Ritalin–especially useful since the prescribing of Ritalin began 20 years prior to the age of the internet and there were little to no public resources available.[6]

Another early notable accomplishment was CCHR’s investigation and exposure of patient abuse at Anclote Manor Psychiatric Hospital, an inpatient mental health facility mainly for teenage boys that was located in Tarpon Springs. Anclote Manor had earned a national reputation due to judges from all over the U.S. giving troubled teenage boys two choices: face prosecution for their crime resulting in a permanent record for having committed a felony or be committed to Anclote Manor Psychiatric Hospital to receive treatment.

CCHR’s investigation exposed the abusive use of insulin shock, the wrapping of patients in freezing sheets and other atrocities. Using public demonstrations depicting the abuses that were leaked out of Anclote Manor Psychiatric Hospital by patients and staff alike, CCHR was able to amass public attention to the hospital’s barbaric practices ultimately leading to the closure of Anclote Manor.

Protecting children is just one facet of CCHR’s push for mental health human rights in Florida. In 1981, CCHR exposed the widespread practice of using the mental health law to have the elderly declared incompetent. At that time, and based upon a single petition from a relative, the court would order two psychiatrists to complete a surprise interview on an unsuspecting senior in their home. In approximately 98% of the cases, the elderly person would be found incompetent by the psychiatrists, and would be stripped of any legal rights.

The Florida chapter of CCHR launched what became a massive investigation into this violation of rights by helping to restore the legal competency of two senior citizens resulting in the Clearwater Sun deciding to look into the abuses. The result was a 6-part series titled “Guardianship– Protection or Prison,” which was highly critical of the entire mental health system. Once again CCHR didn’t just settle for exposing the abuse but embarked upon a public information campaign to educate seniors on their rights including the legal consequences of being declared incompetent, how to be restored to competency, uses and abuses of guardianship, and alternatives to guardianship.

Unfortunately, similar elder abuses still happen today. According to the most recent Annual Report on the Baker Act, there were over 202,000 involuntary examinations conducted under the guise of treatment with almost 15,000 initiated on persons 65 years of age or older, including those suffering from dementia.

Winner of the 2022 Social Impact Award for their work in mental health human rights, today CCHR consists of thousands of members across the state and has helped to secure the safe release of over 1,600 people from unjust Baker Acts since 2015.[7]

About CCHR: Initially established by the Church of Scientology and renowned psychiatrist Dr. Thomas Szasz in 1969, CCHR’s mission is to eradicate abuses committed under the guise of mental health. The Florida chapter of CCHR is an award-winning nonprofit in the area of mental health human rights and government relations. L. Ron Hubbard, founder of Scientology, first brought psychiatric imprisonment to wide public notice: “Thousands and thousands are seized without process of law, every week, over the ‘free world’ tortured, castrated, killed. All in the name of ‘mental health,’” he wrote in March 1969.